Timing is everything. Best-selling author Daniel Pink examines the effects of timing on what we do and how we do it. Managing when you do things can have a huge impact on productivity, creativity, and overall well-being.

Best-Selling Author Daniel Pink Unlocks The Science Of When

The sales manager asks each member of his sales team to create a presentation for a big pitch scheduled for a key client. The best presentation wins – period. So, do you go first or let somebody else do the honors?

In an eight-country study of American Idol-like contests, research shows that later singers advanced more often. Those who went last had a 10 to 15 percent greater chance of moving on. As it turns out, judges start out idealistic by evaluating contestants against an imaginary goal, but then settle into a less lofty baseline. The only exception? Election ballots. Researchers cite that voters tend to pick the first name on the list, regardless of if they’re choosing local politicians or homecoming queens.

The key is in the timing, right? If you knew the precise time to do something, you could simplify your ability to identify and take advantage of the opportunity placed in front of you. In his latest book, “When: The Scientific Secrets of Perfect Timing,” best-selling author Daniel Pink decided to take a deep dive into the world of all things timing. The idea hit him when he found himself making all kinds of those “when” decisions in his own life. When in the day should he work out – in the morning or the evening? When should he walk away from a project that isn’t working? How should he configure his day for maximum productivity?

The questions intrigued him. So, when Pink couldn’t find any really good answers, he did what he does best – he wrote a book on the topic. “I actually wrote this book so I could read it,” says Pink, the best-selling author of “Drive” and “To Sell is Human.” 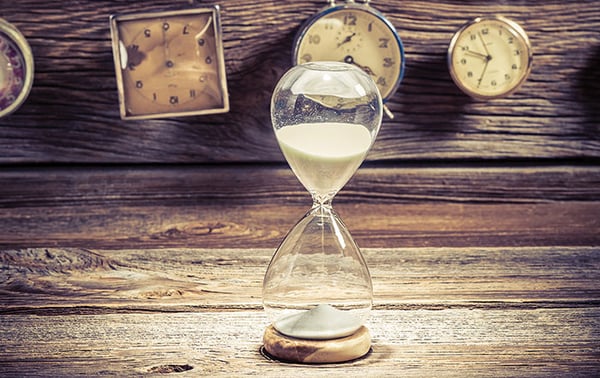 More of a “when-to” guide than “how-to” manual, Pink delves headfirst into the psychological, biological and economic studies to explore what he calls the overlooked dimension. “Timing exerts an incredible effect on what we do and how we do it,” he says.

After two years of research, Pink walked away with a fascinating conclusion – good timing is more science than art or luck. Across more than a dozen fields – economics, social psychology, endocrinology, chronobiology, cognitive science, and more – Pink found that researchers are uncovering a bastion of groundbreaking evidence that allows us to make systematically better “when” decisions.

And while we are quick to point to the age-old anthem that “timing is everything,” Pink says it’s much more than that. “There is a right time and a wrong time to do everything. I’m not sure that timing is everything, but at some level, everything is timing. Human beings are temporal creatures. Every cell in our body has a biological clock. We live in a temporal environment – we’re always moving through time. Being awake to those forces can help us to work smarter and live better.”

In the book, Pink references a NYU study that took the transcripts of 26,000 quarterly calls executives made with analysts to report on earnings and give guidance for future quarters. After running the transcripts through a software system that can measure the emotional content of the words that were used, the researchers discovered that calls in the afternoon were more negative and irritable than ones made in the morning, regardless of what the earnings numbers showed.

So, should analysts plan their calls a little more effectively? Pink says yes. The timing of whatever you do matters significantly to your productivity, your creativity and your overall well-being. “Whether it’s the effect of time of day on our cognitive abilities or the influence of beginnings, midpoints and endings on our behavior, or even the way we think about time shapes what we do and how we do it, timing matters.”

Drill it down to one of the most personal factors – rest. Pink says that because we are not inexhaustible supplies of energy, we must take time to recharge. That could mean short naps, short lunch breaks or a 10-minute walk outside without your phone. The type of break you take – and when – is enormously important.

That leads to one of the more interesting tidbits that Pink discovered in his research – “why” we do a thing is more complicated than we think. “That’s a tough one. For some reason, we’re very intentional about what we do, how we do it and who we do it with. But when we do something we believe is a second order issue – it’s not. As I said, ‘when’ has a big influence on everything from how we perform at work to how much we learn at school to how healthy we are.”

In the end, Pink says the evidence is very clear. “Making smarter, shrewder decisions about when to do various things matters in nearly every dimension of our lives.” 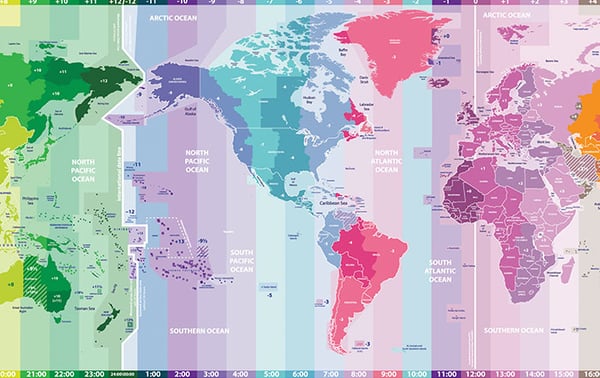 Which chronotype are you?

If you know anything about yourself, and here’s hoping you do, you know that your day is filled with highs and lows. How you feel at certain times during the day is called your chronotype. Daniel Pink outlined three of the major ones – who are you?

How To Lead In The New Age Of Leadership

Blockbuster. Remember them? In a time that seems far, far away, the 9,000-store video rental chain seemed to be everywhere.

Q&A with Bill Schiemann: Building relationships for the long haul

Schiemann knows a thing or two about this whole premise of staying engaged and connected with the communities you belong to.