Competency Addition: How it Could be Limiting Your Growth Mindset

A growth mindset is the belief that skills and abilities can be continually developed through experiences and challenges. Instead of adapting, some leaders make the mistake of holding onto past behaviors and old ideas. Amyk Hutches offers up 5 ways to expand your mindset. 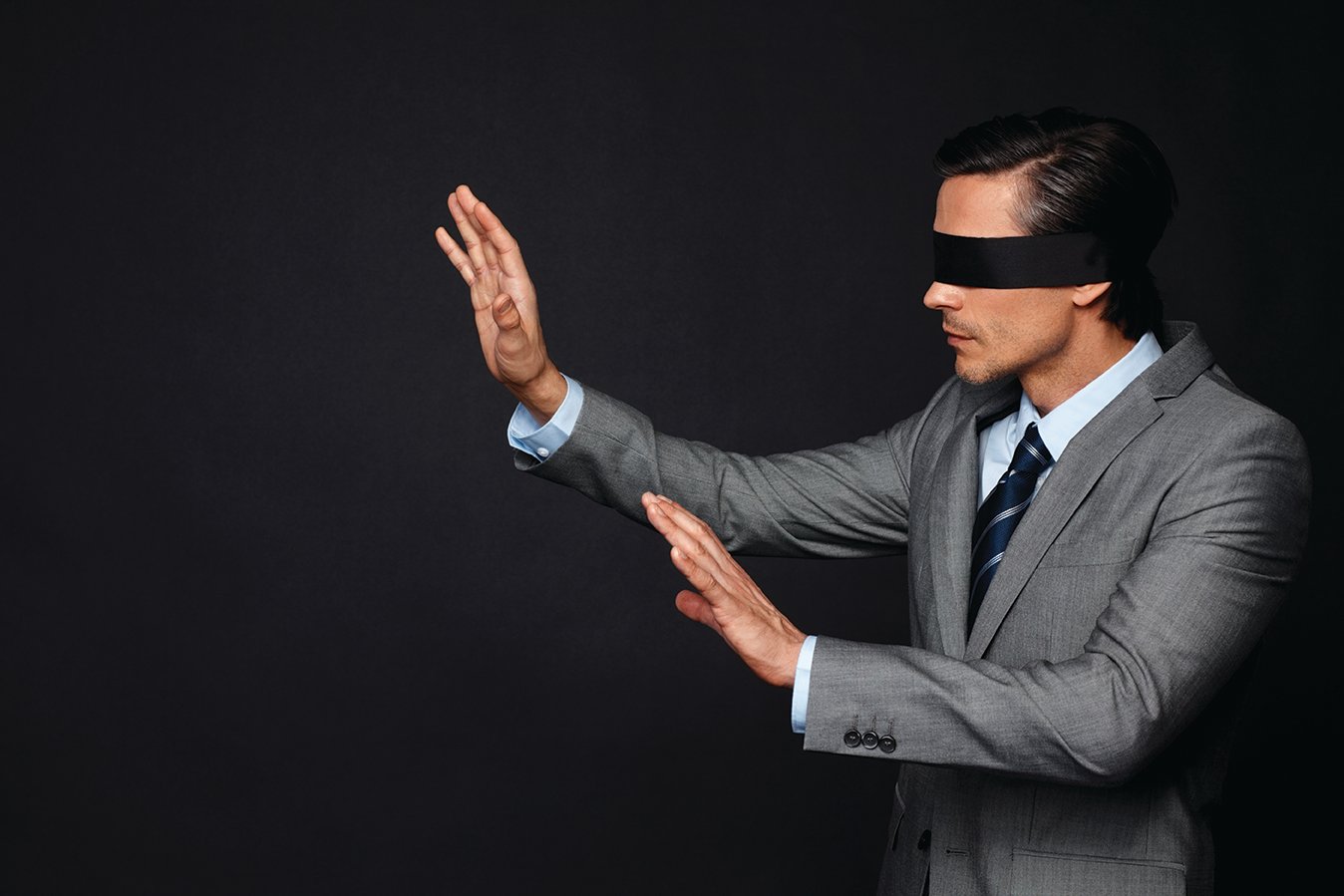 Do you have an addiction to competency? Chances are, you may. We are all hardwired with a need for competence—the need to feel we are learning, growing and moving toward success. And this competency addiction could be limiting your “growth mindset.”

In her book, “Mindset: The New Psychology of Success,” Stanford University professor Carol Dweck defines a growth mindset as having the belief that basic talents and abilities can be developed over time through experiences and mentorship. The growth mindset contrasts with the “fixed mindset,” which stems from a belief that one’s basic qualities, intelligence, talents and abilities are fixed traits.

Those with a growth mindset are able to challenge themselves and grow. They aren’t afraid of making mistakes or tarnishing their images. In an effort to feel competent, people worry about doing the next thing, taking on the hard task, and possibly not looking talented, which would tarnish their reputations for brilliance. Instead, they stick to their comfort zones to avoid setbacks. This is how a desire for competency can interfere with one’s growth mindset.

So what’s the downfall of competency addiction? Leaders often utilize outdated mindsets and behaviors to solve new challenges, says AmyK Hutchens, owner of San Diego-based AmyK International and author of “The Secrets Leaders Keep.” Over time, their domain expertise loses relevancy or applicability. They may not make necessary adjustments as the world continues to change, so their ideas are ignored.

“Rather than adapting, they become stubborn, bombastic—or worse—they set up their people to fail,” Hutchens says. “Unchecked, a competency addiction leads to false bravado, ego mongering and arrogance, or really bad and costly decisions. An addiction to growth or maintaining relevant, meaningful competencies is good, but being addicted to outdated skillsets or fixed mindsets is detrimental.”

A belief in a constant developing and unfolding of your potential can only occur with a growth mindset in place. It can spark our love of learning and foster higher levels of resiliency, and each day brings the next opportunity to be better.

Simply put, if you’re not thinking outside the box, you’re not innovating, says Gardner. Give up easily or ignore criticism, and you likely won’t grow.

Hutchens further defines a growth mindset as a foundational belief that we are in control of our destiny. “What we learn today will have a positive impact on future thoughts, decisions and actions,” Gardner says. “Having passion for what you are doing, along with a growth mindset, is what gives you the grit and determination to persevere at the toughest moments.” 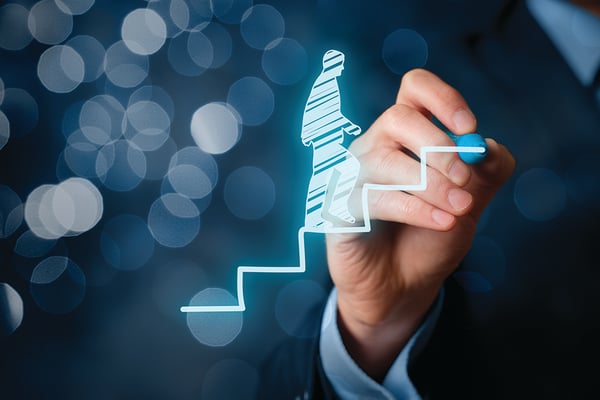 Strategies that WorkIt’s no secret that being an entrepreneur requires a quick education in the “can’t win them all” philosophy. It’s about moving forward and pressing on.

“That’s why it’s important to praise the effort that’s put into the risk, and not necessarily the reward,” Gardner says. “By starting a business, you are a taking a risk that roughly 80 percent of the population wouldn’t consider in their entire life. Don’t let negativity impede what you want to achieve.”

Hutchens agrees that in addition to finding value in outcomes, it’s important to “praise the efforts.” See the value in both the effort and the outcome, and learn to appreciate both.

“Praising effort in addition to celebrating results builds resiliency and a willingness to tackle tougher challenges and more complex opportunities,” Hutchens says. “Ironically, if I praise an individual only for the outcome, this individual may be more reluctant to accept a harder assignment for fear of failure.”

Conversely, if the effort of critical thinking—strategizing, planning, researching, prototyping, trying, failing and retrying—is recognized along the way, a stronger sense of self is developed. If only the results are celebrated, the temptation to play it safe is there.

Hutchens says humans are prone to avoid loss, but we don’t actually fear change. Rather, we fear not being successful in a new way, which is why it’s so much easier to live in the past and cling to old ideas and behaviors.

“You often see people struggling with having a growth mindset when they retire,” Hutchens says. “This is a tough transition for numerous reasons, including, but not limited to, a liminal period of suffering from competency addiction.”

Say you’re at a party, and you hear a person discussing a prior position in life: “I used to be a partner at XYZ law firm,” or “I used to be the CEO at ABC company.” It’s more difficult to simply talk about retirement and the idea of not knowing what may be next.

“The fun thing is, if the person were more honest and vulnerable, it would ultimately be more helpful,” Hutchins says. “People would embrace the conversation of what the cool next stimulus in their lives might be.” 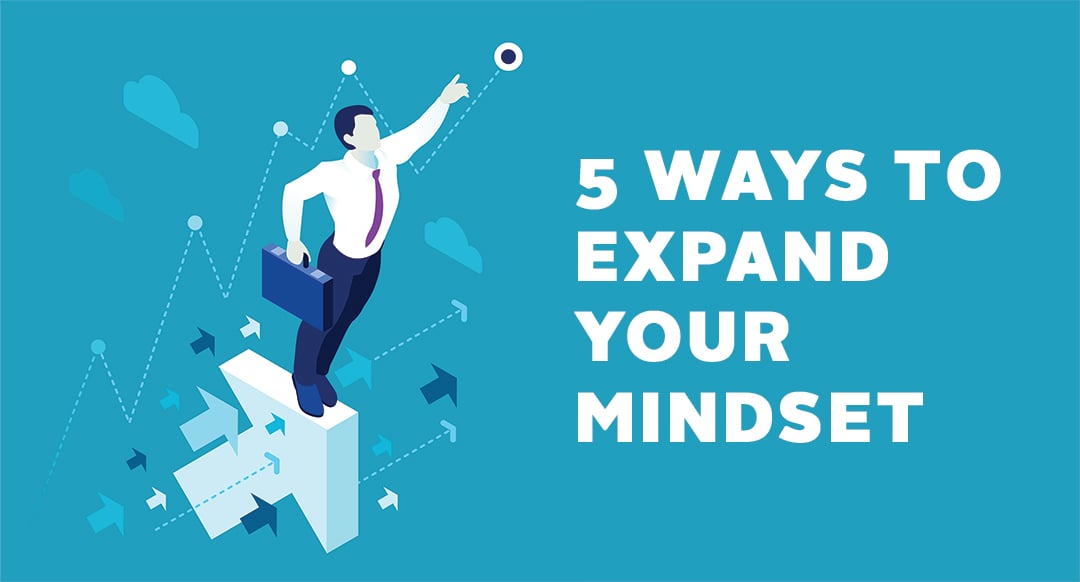 It’s important to be able to expand your growth mindset in order to accept and approach change. AmyK Hutchens, owner of AmyK International and author of “The Secrets Leaders Keep,” offers five ways to keep your mindset in expansion mode.

1 Celebrate mini-wins along the way.

Acknowledge progress and mini-milestones so you can develop the habit of recognizing that growth is a continuous process and not a one-and-done event.

2 Replace your focus on failing with a focus on learning.

Say you screwed up, made a mistake or took a misstep. Own it. And then quickly shift to, “And what did I learn? What will I do differently now? How will I move forward smarter and wiser?” Remember that everyone falls down. Shake yourself off and take a step forward.

This is not Kumbaya speak; this is a powerful part of the growth mindset. Every day is an opportunity to develop who we are, serve others and contribute significantly. An “arrival” date does not exist.

Geniuses who know how to hustle will beat lazy geniuses every day of the week.

Surround yourself with other intellectually curious, self-developing people who desire to play better, and you’ll raise everyone’s game.

An important part of a brand's strategy is to consider the customer experience. Connect on a deeper level to provide meaningful experiences and build...

Q&A: The Search for the Next Big Thing with Martin Lindstrom

Brands can be the next big thing by creating immersive experiences for their customers through building content and helpful tools. Personal...

RBO knows how to help you excel at brand management. Through brand control and web-to-print, we make sure your message is being delivered...