Neuromarketing: Discover the Science That is Triggering More Emotions

Research shows printed materials help drive emotional connections and increase understanding. Neuromarketing has emerged as a way to utilize multi-media campaigns to guide the consumer through the buying process. 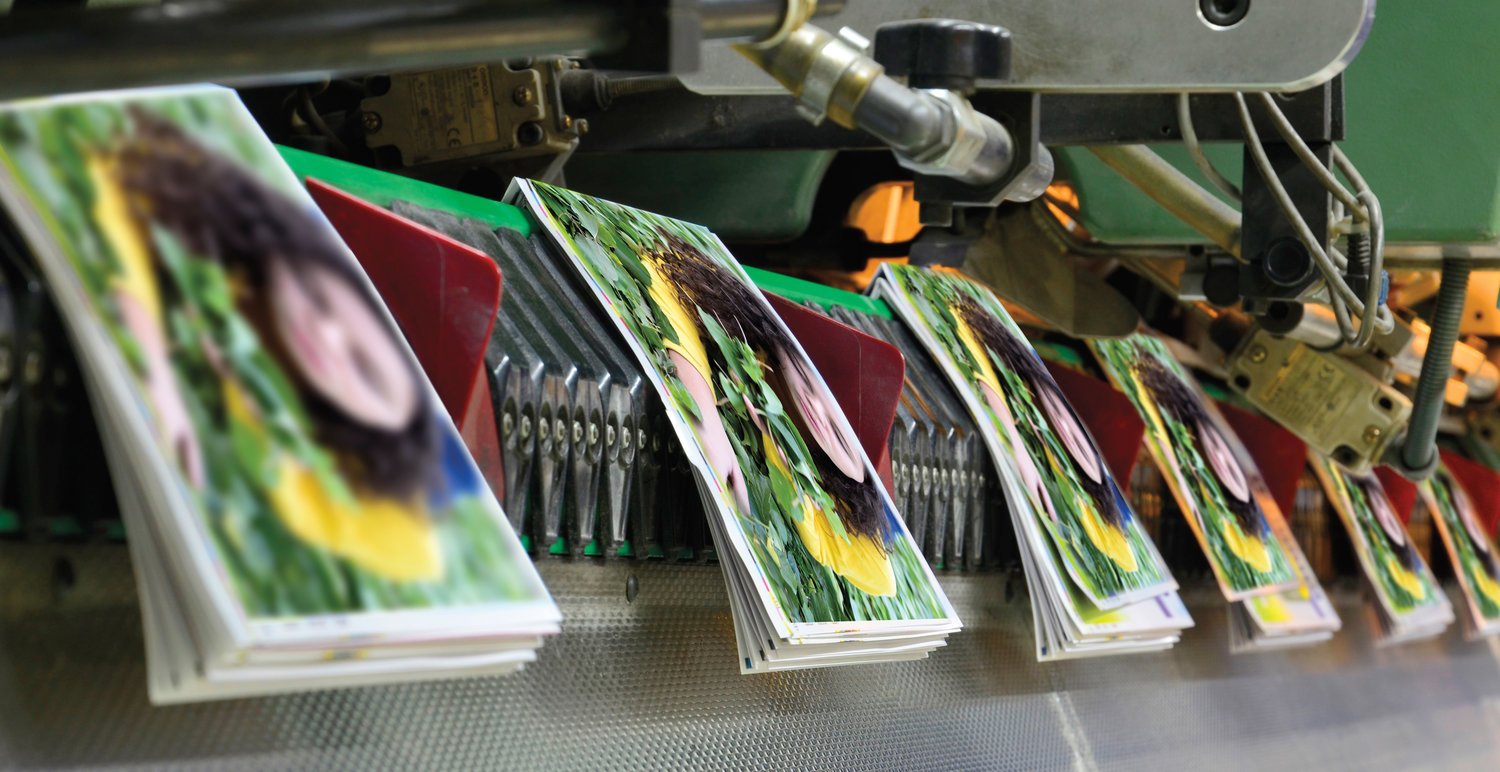 Ever notice how people express their experience through touch? They’ll say they’ve had “a rough day” or received “a lukewarm reception” or encountered a “sticky situation.” Or maybe their day went “as smooth as silk".

What’s that all about? More than meets the eye, says Dr. David Eagleman, whose research on the haptic regions of the brain has drawn the attention of marketers such as Mary Ann Hansan, president of the Paper & Packaging Board, which was formed in 2014 to address the sharp decline in the paper product sales.

Eagleman and other researchers are achieving that by studying the haptic brain, which processes signals sent by our tactile sensors. Their findings may help explain why catalog sales are rebounding, children’s e-books have failed to thrive, and why many people still insist on printing out important documents and mailing printed wedding invitations over storing documents on the cloud or sending an email or electronic invitation.

Their work with brain imaging and mapping is providing insight into how humans engage with different marketing channels. Proponents of this approach, which has spawned the term “neuromarketing,” argue it will help marketers fine-tune sequencing of multi-media campaigns to better align with consumers’ seemingly fragmented path to purchase. 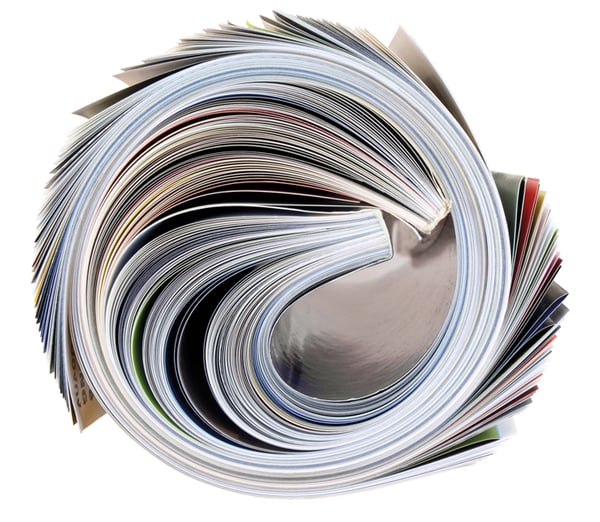 Consider John Bargh’s research on why people tend to classify fellow human beings as being either “warm” or “cool,” depending on certain personality traits. Bargh wondered if the tendency reflected some subconscious influence from the haptic brain, so he concocted an experiment in which interviewers asked subjects to hold a beverage container while they rebalanced an armload of books, folders or papers.

The takeaway from more than 100 academic papers published since the 1990s is that reading on paper uses fewer cognitive resources than reading on a screen, which improves retention, deepens engagement and enhances understanding.

The paper products industry has zeroed in on these findings in a bid to halt a 50 percent decline in paper consumption since the turn of the century. One manufacturer even hired Eagleman to conduct research and produce a report that – among other things – found printing on high quality coated stock improved recall over time.

“We know we are not going to reverse the decline in paper consumption, which is almost half of what it was in 2000,” Hansan says. “But we are trying to make sure paper remains something people see as modern, particularly as the digital natives – the kids who grow up with all this technology – are completing high school and going to college.”

A recent rebound in sales of some paper products may signal that the haptic brain is reasserting itself even as the amount of time Americans spend looking at screens grows. American adults surveyed by Nielsen last summer reported spending more than 10 hours a day staring at a screen.

“We are definitely seeing data that book sales that flattened are increasing again,” Hansan says. “Companies who said they were going to get rid of catalogs have come back and said we realized we made a mistake; consumers shop with catalogs but order online. Parents have a lot of apprehension about how much time they and their families spend online, so I do think the pendulum is swinging back to print.”

Another bright spot is paper boxes, which are becoming a key marketing channel for online retailers. Online subscription shopping services are adding handles and other features to extend the life of their delivery boxes, which provide their only tangible bond with customers.

Lootcrate, which caters to video gamers and comic book fans, has designed delivery boxes that transform into keepsakes, including Captain America’s shield.  “That box is a billboard,” Allsop says. “This is just going to be an explosive area for printing.”

Given the human brain’s remarkable plasticity, it’s hard to define the future. After all, as Eagleman points out, reading and writing on paper are not innate skills. Every individual has to learn those skills from scratch and in the process they are rewiring their brains. That means that touch may slip in the hierarchy of senses that influence future generations’ perception of reality.

In other words, media not only shape the message, as Marshall McLuhan famously wrote in 1964, but actually shape the brain itself. The implications for marketing are profound. 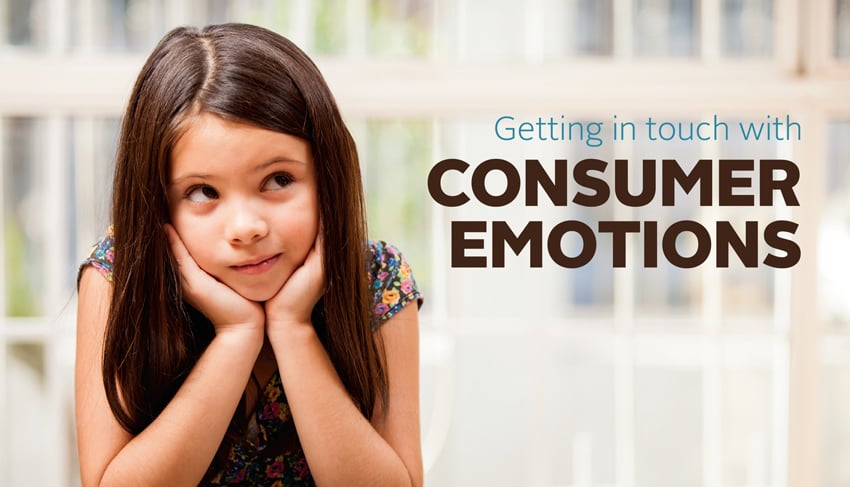 In 2016, the Paper & Packaging Board hired Heart+Mind Strategies to study the emotional connection people have with paper. Researchers asked subjects to touch different types of paper and choose their favorite based on its tangible qualities.

Subjects then were asked a series of questions designed to regress their decision-making process and reveal the emotions that triggered their selection. Seven triggers emerged, but security and confidence rose to the top.

“Paper represents a means of tangible proof and security that I can always have with me,” says Dee Allsop, CEO of Heart+Mind Strategies. “It creates a greater sense of security, less worry and less stress.”

Test subjects said putting pen to paper enabled them to document their progress,
achievement and mastery of a subject and approach tasks with confidence. They also preferred using paper over electronic media when it came to imparting gravitas and nurturing relationships with loved ones.

“If sending wedding invitations, a digital Evite just does not cut it,” Allsop says. “There was a real sense of, ‘I’ve got to print it because I want to do it right.’ There was also this idea of paper helps me connect on a personal level with people I care about.”

This was particularly true when it came to nurturing children, where people expressed a strong preference for reading printed books, letter writing and post cards.

The Paper & Packaging Board plan to incorporate its findings into a future marketing campaign.

Q&A: The Search for the Next Big Thing with Martin Lindstrom

Brands can be the next big thing by creating immersive experiences for their customers through building content and helpful tools. Personal...

2020 Vision: Building the Jobs of the Future

The World Economic Forum predicts that artificial intelligence will replace millions of jobs by 2020. Employers and employees will have to...

Brands are integrating sales and marketing together to empower their audience. By using small data and furthering their business development,...