It takes a diverse team, with differing opinions, to create a strong plan. Here's how to build consensus and make sure everyone is aligned towards the same mission. 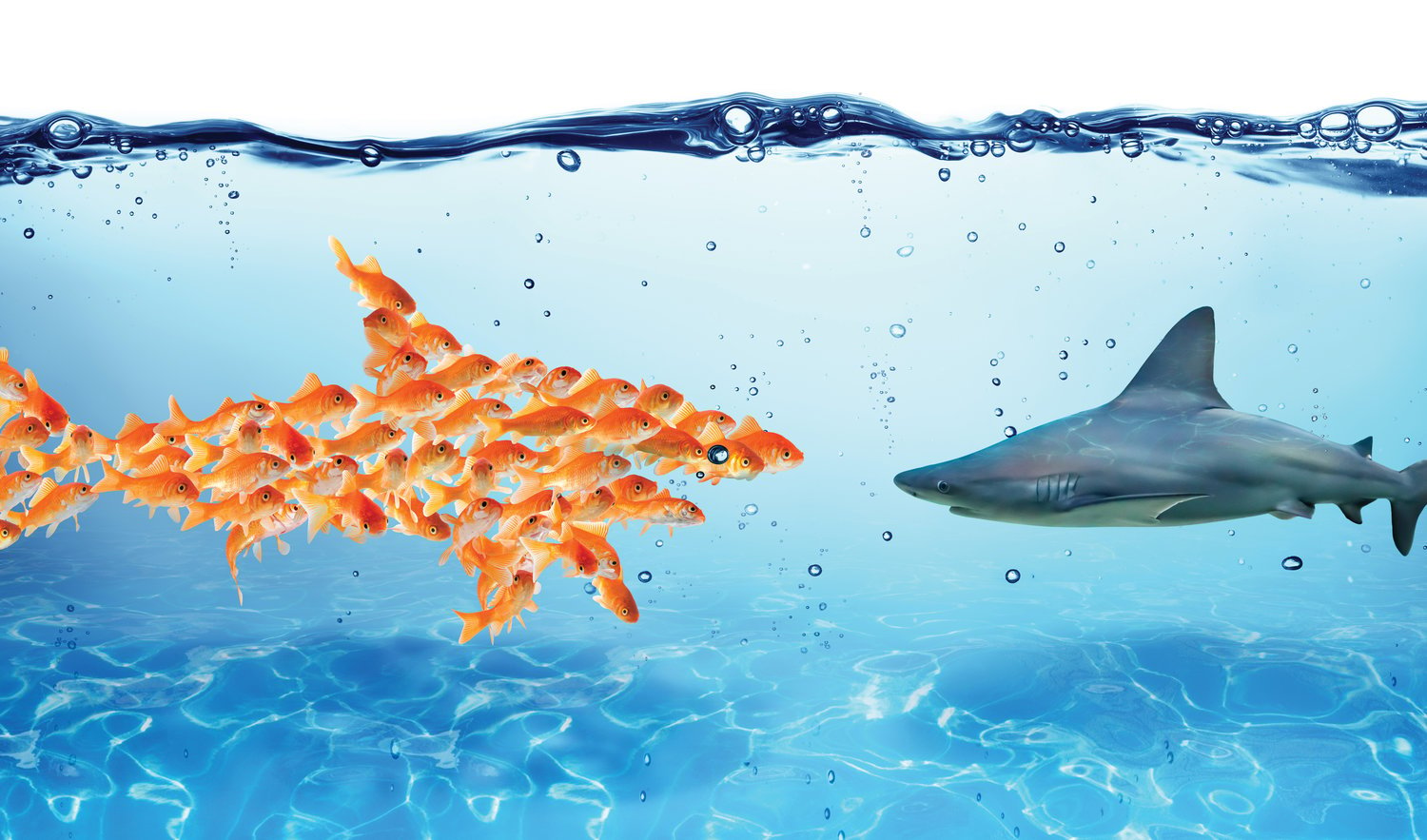 Amanda Setili remembers it as a teaching moment. After a string of strong revenue growth inexplicably began to plateau, her company’s sales and marketing teams were working amid a deadlocked, awkward silence. Nothing either team did seemed to be able to revive the once robust numbers.


With the pressure on, the blame game was in full stride. Ask sales to define the problem, and it said marketing wasn’t doing its fair share. Good leads, strong marketing materials and demos result in more closed deals – period. Ask marketing and the story was flipped. You cannot close deals using antiquated sales techniques.

Once these beliefs had calcified in the minds of the teams, they were hard to dislodge. They had all allowed themselves to succumb to willful blindness. They ignored the facts that supported the other side of the issue.

As Setili recalls, the heads of sales and marketing called their respective teams together and demanded that they find a resolution. Their pitch was to come up with a joint plan for demonstrating sales growth in just four of the 25 sales districts. “By forcing the teams to develop a plan, and limiting the scope to a controllable subset of prospects and customers, the problem became much more manageable,” says Setili, who now runs the strategy consulting firm Setili & Associates.

The prospects in each district were split into two groups, giving sales and marketing two different approaches to test. The discoveries from the pilot revealed quite a few surprises on both sides of the argument.

“The intent to reach consensus can be either an ally or a roadblock in the team environment,” Setili says. “When the stakes are high and leaders need to make a fast decision on which course of action is best, it’s tempting to allow different factions and functions to act autonomously.”

Amazon founder and CEO Jeff Bezos calls the strategy “disagree and commit.” Bezos believes that constructive debate is a crucial component of good decision-making and that it’s actually a bad sign if everyone is in agreement.

Gaining input from across your company – from different geographic regions, functions, levels and perspectives – is critical when entering uncharted territory. “You want to have a diverse team made up of some who are especially creative, some who are very analytical, some who know the nuts and bolts of how things work, and some who are good at building buy-in to the decision reached,” Setili says.

Having diversity of thoughts, perspectives, propensities and experience enables you to build a more robust and practical plan and to anticipate and prepare for roadblocks. And here’s the thing – Setili says you need to add a few skeptics and naysayers into the mix.

These are the kinds of conversations that Setili has with her clients today, which include brands like Coca-Cola, Delta Airlines, The Home Depot, UPS and Wal-Mart. The crux of her message is that in today’s fast-paced world, there is great uncertainty surrounding almost every decision you make. And, when you have uncertainty, you’re going to have many different opinions about the best path forward.

“Reaching consensus is important because we need all functions and players in our organization to be aligned, moving in the same direction,” she says. “Organizations can get stuck at a crossroads, unable to pick a path forward, when they place too much emphasis on getting everyone on board with a controversial decision. To move forward with the speed needed to succeed today, you need to reach a point at which a few stakeholders define the best course of action and their colleagues can live with the decision.”

Can you imagine a rowing team that didn’t have a consensus? Think about that for a minute. A rower who could not agree on the direction would cause everyone else to overcorrect and work harder than necessary to maintain direction.

Brian Braudis says the same thing is true for the direction of an organization. If divisions or branches within your company don’t agree with your vision or mission, your energy and effort is wasted. Each day should build on the momentum from the day before. If your team lacks consensus in its message, it can be a huge vulnerability. 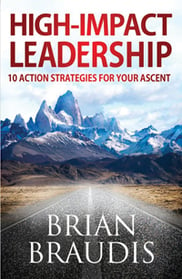 “The act of building consensus is the investment that keeps on giving,” says Braudis, a highly sought-after human potential expert, certified coach and author of “High-Impact Leadership: 10 Action Strategies for Your Ascent.” “It fosters employee engagement. When you involve people, you can count on their commitment, and that commitment builds and creates momentum.”

Build, cultivate and instill consensus. Those are the keys to creating an environment that can compete in today’s highly competitive landscape. But even then, Braudis says you must approach consensus with your eyes wide open.

“Remember, consensus does not mean complete agreement, but rather seeking a way forward where everyone is reasonably comfortable,” he says. “Diversity of thought and varying backgrounds of individuals is important. Different approaches to looking at problems and problem solving give you a wide variety of ideas and opinions for getting to yes. When everyone is aligned around your vision, mission and values, you’re pulling in the same winning direction. That’s a lot of power and a competitive advantage that’s not easily duplicated.” 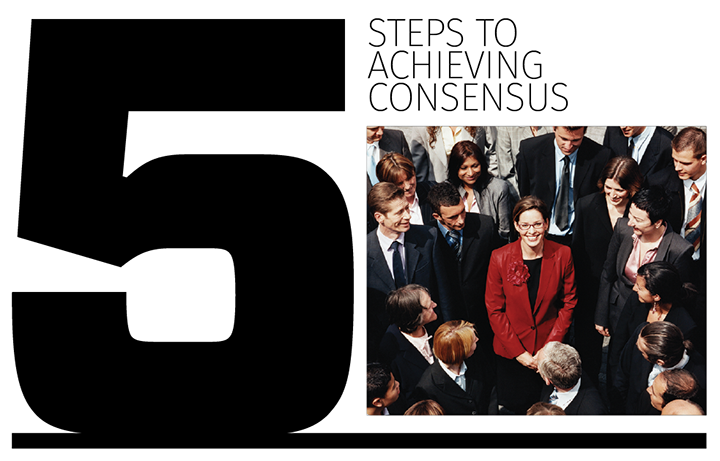 Represent all the most-impacted groups, but don’t go overboard on inviting everyone into the conversation. A group of 5-12 people will be much more effective in settling differences and devising compromises than a larger group would be.

This may require more thought than you think. Detail the strengths and weaknesses of each alternative.

Creative thinking comes in at this point. What are all the different ways that you can solve your problem?

5 Evaluate and select a course of action

Here’s where it’s most important to consider the facts from all angles, and make a choice that best accomplishes the objective, meets at least the “must” criteria, and on which most of the stakeholders can agree. Remember, not everyone has to be crazy about the action plan, but no one should be saying, “I absolutely cannot live with this.”

Make sure you are taking the recommended steps in preparing your household for COVID-19. Here are tips on how to clean your home and care for your...

Many channels are advocating the use of face masks. Here's some guidance on when and how to use face masks properly. Learn how to make your own cloth...

Tips to Safely Reopen Businesses During the COVID-19 Pandemic

As restrictions ease and businesses reopen, employers need to keep their employees and customers healthy and safe. Social distancing is still...