The Art of Being Gritty: Passion for Work

Perseverance and a passion for work are the key ingredients to finding true success. Doug Hirschhorn discusses what it takes to develop grit and how to determine if someone has true grit. 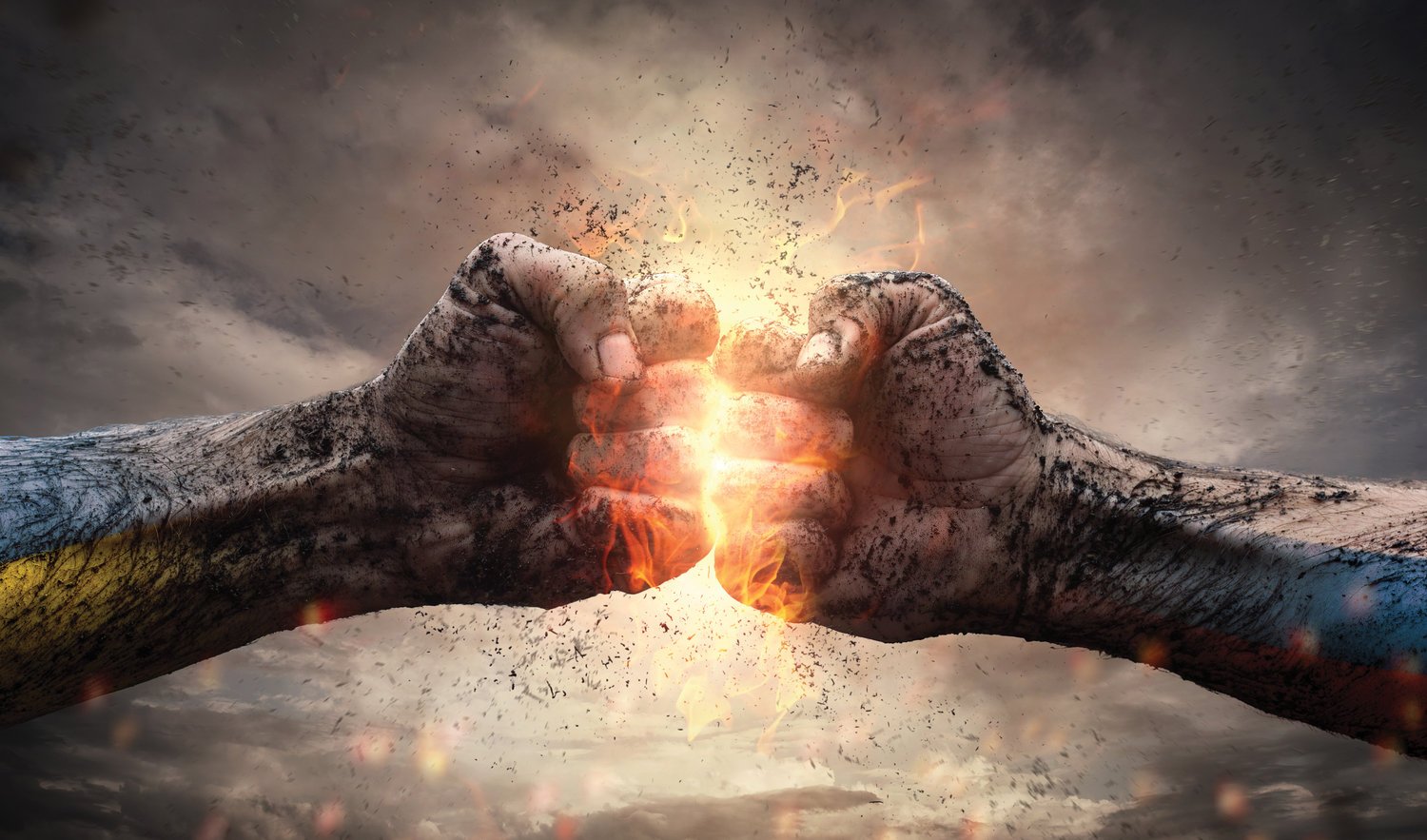 The renowned violinist Issac Stern had just finished a performance when a woman from the audience approached him and said, “Mr. Stern, I would give my life to play like you.”

Stern, who died in 2001, was considered one of the greatest instrumentalists of his time, but there is no record of him being a child prodigy. There is, however, plenty of proof on record that he practiced, and strained, and rehearsed. Indeed, he gave his life to the violin.

That is the essence of true grit.

It sounds indelicate to say a world-class musician like Stern has true grit, but that is what it is – a passion, a perseverance. Maybe you’d prefer a president’s description of true grit. Check this out from Calvin Coolidge, the 30th president of the United States:

“Nothing in the world can take the place of persistence. Talent will not; nothing is more common than unsuccessful men with talent. Genius will not; unrewarded genius is almost a proverb. Education will not; the world is full of educated derelicts. Persistence and determination alone are omnipotent. The slogan ‘Press On’ has solved and will always solve the problems of the human race.”

We can keep going, too, with Thomas Edison, the inventor, who once said, “Genius was one percent inspiration and 99 percent perspiration.”

You get the point. 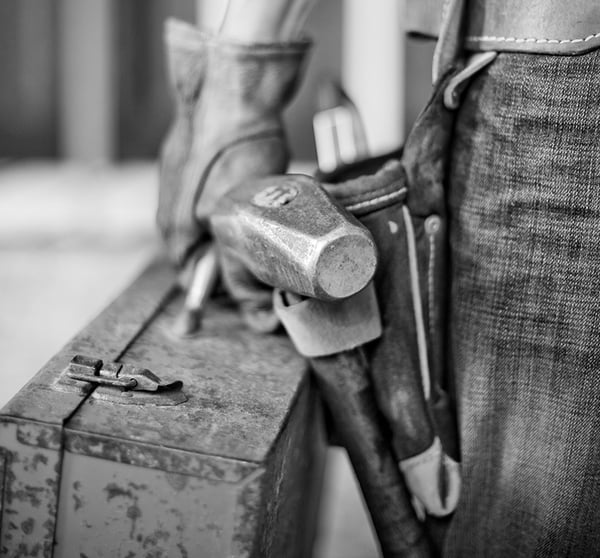 Of course, true grit can look scary to some people. The woman slumped at her chair after regular office hours trying to get a head start on the next day, or the football player, out of breath, readying himself for yet another 60-yard sprint.

“To the outsider looking in, it would appear that the ‘gritty’ person is obsessive, willing to make unreasonable sacrifices, singularly focused,” says Doug Hirschhorn, Ph.D., CEO of Edge Consulting, a firm specializing in coaching portfolio managers at elite hedge funds. “But from the gritty person’s point of view, it is their normal, so they do not view it as being obsessively focused or making unreasonable sacrifices.”

Minor league baseball players make unreasonable sacrifices, or that’s what it looks like to the rest of us. They work for less than what a pizza deliveryman works for and their chances of getting into the big leagues are slim. Think about this the next time you watch a minor league game: estimates are that one in 33 minor leaguers get to the big leagues.

It is true grit that keeps these athletes striving.

“Grit is a commitment to long-term goals and commitment to work toward those things, even in the face of discouragement and setbacks, or no progress,” says Ed Etzel, ED.D., a professor and licensed psychologist for the West Virginia University Department of Intercollegiate Athletics and former Olympian. “It has some connection to passion. It’s a messy sort of thing. It’s along the lines of what people think about mental toughness.”

Etzel says the renowned psychologist Alfred Adler (1870-1937) talked about providing encouragement to people to spur hard work. Are we talking about the defamed participation trophy?

No, we’re talking about fuel to drive the employee to work hard. “What we are talking about is motivation,” Etzel says. “Adler talked about providing encouragement, which is not only providing attention to what a person is doing, but recognizing effort as much, if not more, than outcome. That’s difficult in the business world because business is a bottom line kind of thing.”

Etzel has an issue with the noted – and fictional – psychoanalyst from Star Wars, Yoda. “Yoda would say, ‘Do or Do Not Do. Do not try,’” Etzel says. “Well, there is a lot to try. We all know about Pete Rose. Charlie Hustle. He may not have gotten the single every time, but he hustled to first base. You recognize this in an employee and it may provide a reinforcement to continue to hustle. There is something there that is building grit.” 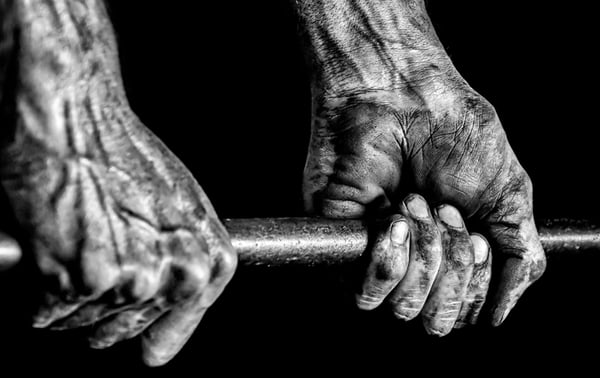 And when grit is not enough?

“There is a probability to fail to meet those goals, which is part of grit also,” Etzel says. “They have to be provided with support when they fail because that links to grit. A coach needs to say, ‘Good effort, what did you learn from that, how could you do that better? It is to help people process that experience.”

Why does grit matter so much in the workplace, field or gym?

“Because I think there are environments of achievement,” Etzel says. “They expect to win, they expect to profit and they are going to face adversity. You are not going to click your heels and be in Kansas. It’s a long way there and you might not make it there. It might take you a while to get there.”

Grit is vital in the labor market because of changing technologies. Graphic designers first worked in print. Then they worked on web sites. Then they worked on mobile platforms. Technology kept changing. The required skills kept changing. It is grit and determination that helps an employee say, “Ok, this is changed. I need to adapt. It is going to take some sweat. I have that skill, the skill to sweat.”

So how do you develop True Grit?

Hirschhorn says it’s important to establish a process and commit to a daily routine of steady progress. Unreasonable expectations can derail a person’s intentions pretty quickly.

Hirschhorn also advises people to document failures. By keeping a record, you can avoid repeating the same mistakes.

But this final piece of advice might be the most crucial of all.

“Increase your level of self-awareness so you better understand yourself, how you think and how you learn,” says Hirschhorn, who also is an author and frequent contributor to NBC, CNBC, CNN, MSNBC and Bloomberg. “Identify what is truly important to you. Take the time to figure out what matters to you most above all else – what are you passionate about? Everyone is passionate about something. If you don’t know, then you have not had enough life experiences or spent enough time thinking about it.”

Strong, singular passion – to the point of obsession – about something.

Willingness to make unreasonable personal and professional sacrifices to achieve the goal.

Would others describe him/her as tenacious (determined)?

Does he/she have a history of showing resilience to setbacks?

Ability to stay focused on a specific task, goal or concept over extended periods of time (days, weeks, years).

Does he/she have a delay gratification mindset? (Willingness to forgo the smaller sooner rewards for the larger later benefits.)

Shaping Markets: Using Brand Strategy to Carve Out Your Niche

Companies are using brand strategy to step away from the competition and find their niche by staying true to their purpose. They are creating better...

Brands need to deliver value to their audience and stay true to their promise. Here's how to build a successful marketing strategy in today's...